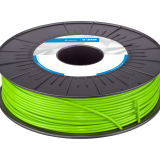 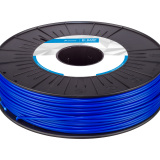 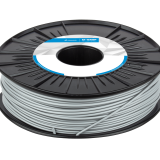 Tough PLA with easier printing than ABS but similar properties

With BASF Ultrafuse Pro1 Filament, the Dutch filament manufacturer offers the most professional consumable for FDM printing. The new material is based on PLA and also has the positive properties of ABS plastics. The BASF Ultrafuse Pro1 Filament is comparable to ABS in terms of stability. In return, the printing speed can be increased by up to 40 percent while maintaining the same surface quality. As a result, functional parts and components that are subjected to very high stresses can be produced much faster than was previously the case. The consumables are available on the usual 750g spools and are available in black, silver and natural white.

Note: The current filaments from BASF Ultrafuse were sold under the brand name Innofil3D until the end of 2019. The Dutch manufacturer was previously acquired by the German chemical company BASF. As part of the acquisition, the filaments were renamed and the packaging changed. The printing material itself is still the same high-quality filament as before.

There are no reviews yet.

No products in the cart.